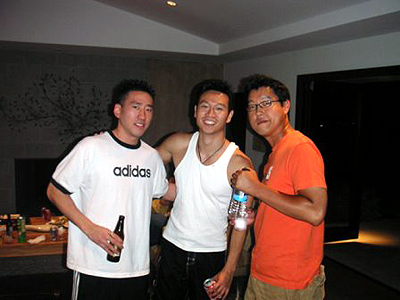 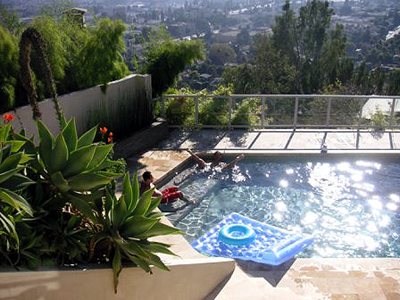 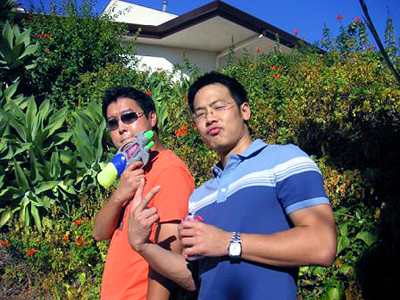 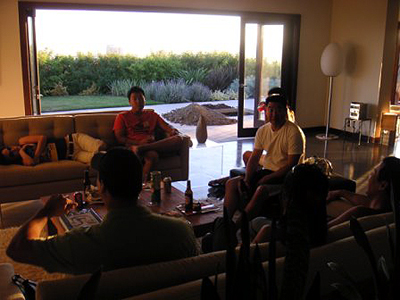 Pics from a friend's Ofotos, which were taken at a Sunday 'que. The guy's pad was really nice, but not $4.8 million nice. The LA real estate bubble is now a giant silicone titty.

With the exception of the NYC trip, I haven't taken a lot of photos this summer, relying on friends' downloaded pics instead. Think it's time to finally get a new camera.

The one I've currently got is older than half of Xanga, a Canon Powershot S110. That crusty ol' bastard has done countless tours of party pic duty and it shows. The paint is worn off the buttons. There's a crack in the corner from when I dropped it while trying to snap a photo of a shirtless old man walking backward down a Shanghai street at 5 AM. There's a dent right next to the lens opening from when I dropped it on a marble floor during a friend's birthday. The fall was so violent I thought I'd have to buy a new camera. That was three years ago.

As much as I dig the amazing picture quality of the digital SLRs, those fuckers are too big. In the end I need an ass-kicking camera that I can easily carry around in my front pocket, which ultimately led me to these final two candidates:


1
The 7.1-megapixel Canon Powershot SD550, which is the great-great grandson of my current Powershot.

2
The 6-megapixel Panasonic Lumix DMC-FX9, which comes with a very important function for me: an image stabilizer. Reason is I don't like using flash too often, hence lots of pics like this:

Pricewise, the Canon's at least $50 more than the Panasonic, which just hit the market at $400. Then again, I don't see a significant difference between the SD550 and the SD500, which is about $100 cheaper.

It's a tough choice, so I figured I'd ask the experts, namely my fellow pic whores of Livejournal.