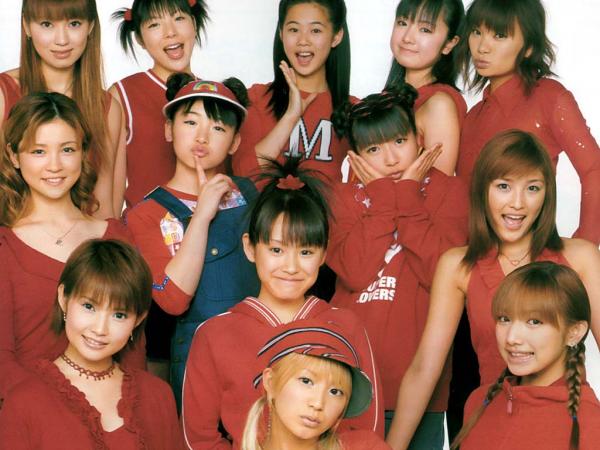 I'd never heard of this J-pop group called Morning Masume 'til today. It's easily the largest all-girl group I've ever seen - I counted at least 5 million members, which makes it larger than the Chinese armed forces. With their sheer numbers and sheer schoolgirl panties, if you're a guy with an Asian fetish, your testicles have probably exploded by now.

But despite their nut-bursting power, Morning Masume was still no match for the wet-haired chick from "The Ring." This shit had me rolling, that is until their high-pitched screams of terror punctured a small hole in my skull.