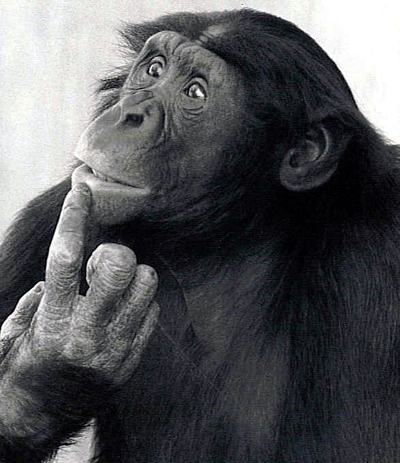 This past weekend was a pretty mellow one, which was to be expected as my pseudo-singlehood ended earlier that week. Rather than boozing at nightclubs and engaging in knife fights with tranvestites, I spent Saturday and Sunday collecting butterflies and shopping for antique dining chairs. But some interesting questions did arise and hopefully you might be able to answer them:


Question #1: Are New York women smarter, classier and more interesting than LA women?
I was having post-dinner coffee at Coral Tree Cafe when this question came up, yet again dammit. On average, I've heard this theory suggested at least once a month for as long as I've lived in LA. I've even written about this topic several times, defending my So Cal sisters.

So when a buddy told me that he had a long discussion with a NYC chick at a party who claimed LA women are more scantily clad than New York females because exposing ample breasts is a way of compensating for less-than-ample brains, all I could do was shake my head. And, of course, ask if she was fat and ugly. Because, quite frankly, I'm bored with this topic.


Question #2: Why the fuck are men's jeans $200?
Went to Bloomingdales with a $200 gift card and decided to buy some clothes. As I suffer from the fashion version of Down Syndrome, I had my girlfriend pick out a pair of jeans for me. Her favorite was from this company called Rock & Republic. I tried them on and they were indeed quite comfy, and with jeans "comfy" means they're not crushing your balls. It was then I decided to look at the price tag ... $209! I thought only women were dumb enough to pay this much for jeans.

Even with my gift card, I'd still have to shell out money for a single pair of fricking denim. So I went back and checked out dozens of other jeans. All were between $170 and $300. Gone are the childhood days of the $25 Toughskin jeans. Hello $300 jeans, $75 t-shirts and $150 flip-flops. Maybe everything in the fashion world has turned upside-down, and tuxedos are dirt cheap now. Perhaps I could've gotten a fur coat with that $200 gift card. In the end, I actually considered the $209 jeans before going with a cheap-ass $100 pair.


Question #3: Was the Internet actually invented by Satan?
So I came across an entry in Joe Rogan's blog about a man who was, well, fucked to death by a horse (And for the love of God, don't ask me how I came across Joe Rogan's blog.). If reading that sentence alone made you vomit all over your desk, then I don't recommend clicking on the link in Rogan's entry that takes you to the video of said man being fucked to death by a horse.

Not too long after that, I was asked to check out what's probably the most disgusting Livejournal entry of all time. The top part of entry isn't bad ... it's the long batch of photos at the end that could make you pour bleach into your eyes.

I opted to neither watch the video nor the pics. I was still in a fragile state from the $209 jeans, and I was quite certain that the combined visuals of both could cause me to black out before suddenly gasping awake in a glass chamber filled with amniotic fluid with tubes attached to the back of my head, spine and arms.