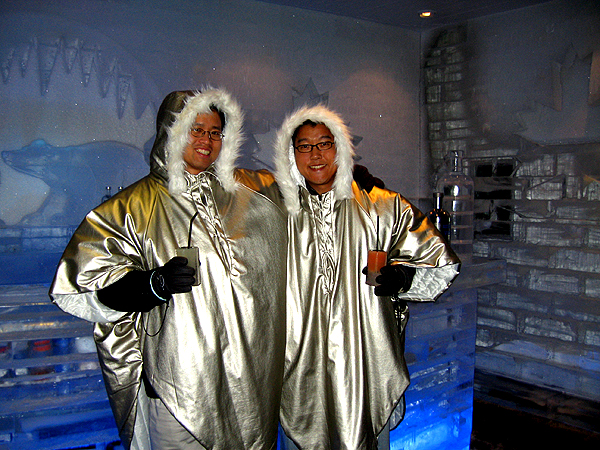 Don't let the sexy, fur-lined parkas fool you, T & I are actually in Shanghai, at this joint called the Ice Bar. True to its name, everything here was ice: the bar, the walls, the furniture, even the cups. The women were also made out of ice and refused to give us the time of day, which was probably for the best. Imagine the complications that would arise if your tongue got stuck to a frozen nipple. I shudder at the thought. 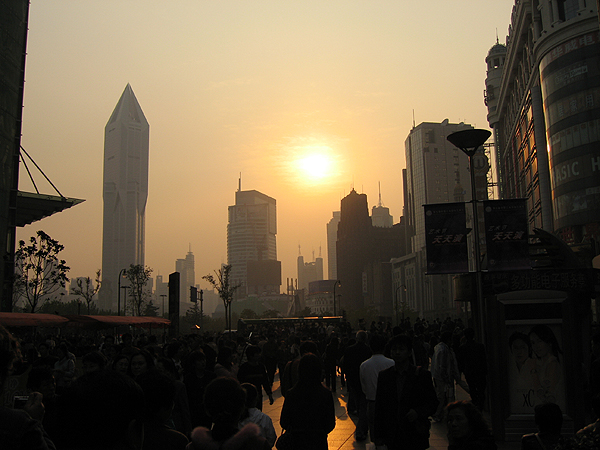 Nanjing Road, just a few minutes before the world ended. 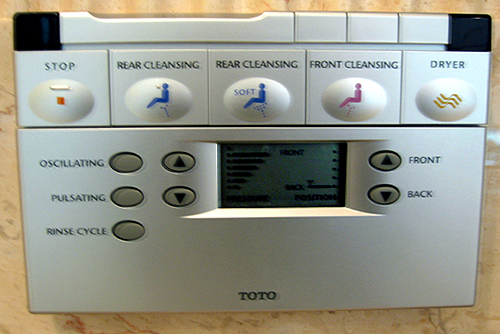 For the anus that has everything. 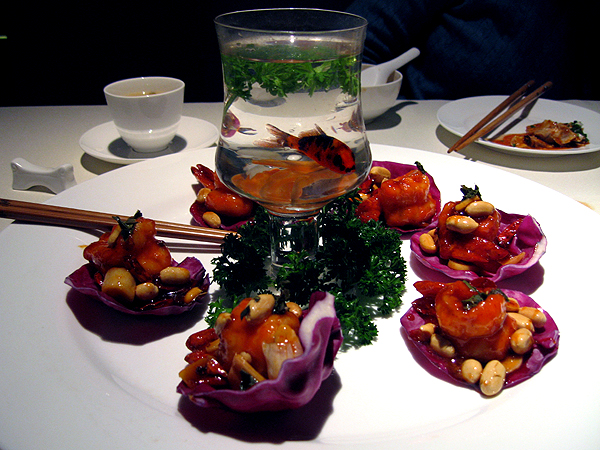 Speaking of buttholes, the Sichuan cuisine at South Beauty restaurant scorched mine like a napalm enema. As a Korean male, I'm supposed to be impervious to spicy foods, alcohol poisoning and bullets; but after eating these scorching hot prawns, I drank that goldfish bowl. Its frantic wriggling soothed my burning palate. 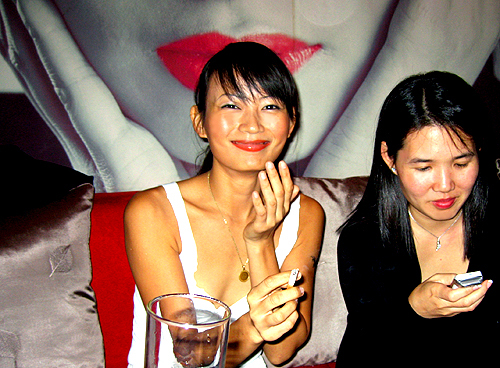 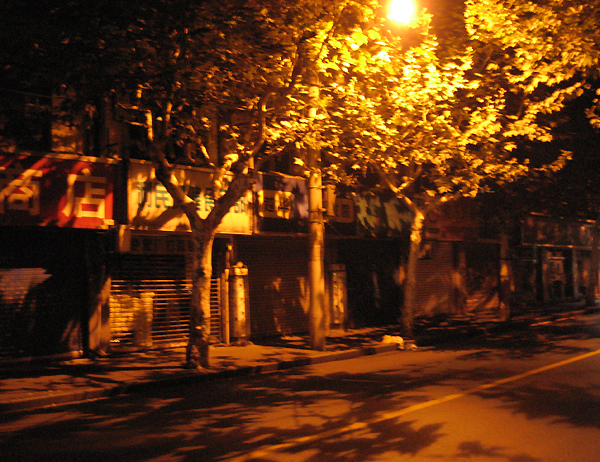 Was heading back to T's place around 4 AM and suddenly found myself walking inside a Wong Kar-wai movie. 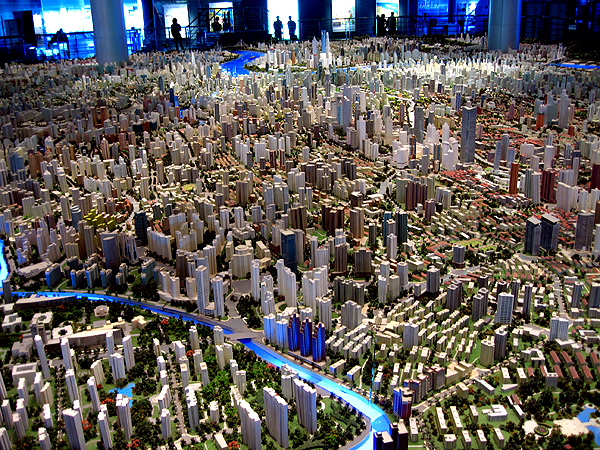 In the Urban Planning Museum you'll find a scale model of Shanghai as it will look in 2020. As you can see, in the future the Chinese will mutate into ant people. Suppressed a very powerful urge to go Godzilla on these enticing little buildings. 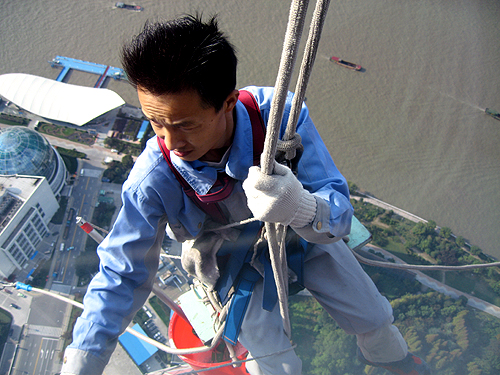 China prides itself on its strict occupational safety laws. There were about five of these guys washing the windows near the top of the 1,536-ft Oriental Pearl Tower, while rappelling down the side on what were basically swings. If that weren't bad enough, for three bucks, tourists got to vigorously shake the ropes. This dude only lasted two shakes, and I won a stuffed panda.