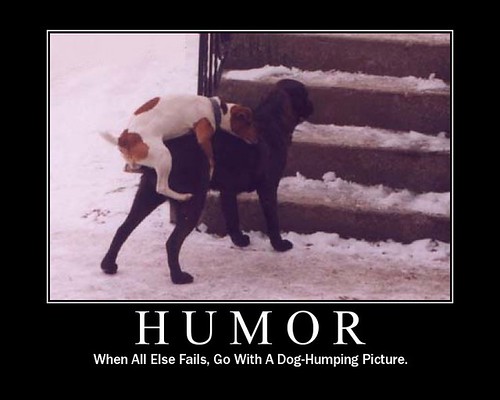 You can make your own motivational poster here.

Fuck, that song "Buddy Holly" has been stuck on auto-repeat in my skull all afternoon. Oh-oh, and you're Mary Tyler Moore. I don't care what they say about us anyway. I don't care bout that. Damn you, Weezer. Damn you to hell.

In a dual effort to both find inspiration for a project and to procrastinate on it, I saw an assload of movies over winter break via theaters, Netflix and cable. Here I will rank the more notable ones [WARNING: For those who plan on seeing any of these movies, there will be some spoilers.]...


5. Syriana
Critically this was a well-reviewed movie. It was written and directed by the same guy who wrote "Traffic," which I thoroughly enjoyed. And like "Traffic" it had multiple storylines, of which I only understood two. It's like I was watching only half of the movie. Whenever a scene came up involving the black lawyer and two old white guys, I gave up trying to pay attention and thought of sea turtles.

4. Il Mare
The concept of this Korean flick is similar to the underrated "Frequency." But instead of a short-wave radio, it's a mailbox. And instead of Dennis Quaid, it's the Sassy Girl actress. The storyline isn't all that compelling, and I immediately guessed that the dude was going to die. Why? Because whenever people fall in love in a Korean drama or flick, someone will always bite it. I can't believe Hollywood's doing a remake with Keanu Reeves and Sandra Bullock. In return, South Korea should do a remake of "Speed," where a man and a woman fall in love on a speeding bus - but then they find out they're actually related before the woman dies of leukemia.

3. Chronicles of Narnia
Overall I thought it was an entertaining movie, although I think the Lord of the Rings residue lingering in my soul affected my judgment. The only weird part was Santa Claus making an appearance (Was this in the book?) and giving the children lethal weapons for Christmas. "And for you, Lucy, I got you this combat dagger," said Santa. "Remember to turn the blade sideways so it can slide in between the ribs."

2. King Kong
After the Lord of the Rings trilogy, I thought Peter Jackson could do no wrong. The man was like a God to me. If I was an African warrior and we were engaged in battle, I'd kill him and eat his brain so that I could digest his talent. The epic brawl between Kong and the three dinosaurs was incredible. But Mother of God, why'd he have them on the boat for so damn long in the beginning? I would've cut out that whole hour of boat riding and replaced it with Naomi Watts making lesbian love with the ship's captain, now played by Laura Harring from "Mulholland Dr." I also preferred the ending to "King Kong vs. Godzilla," where Kong jumps into the ocean and swims back home. But that's what happens when you don't eat Peter Jackson's brain.

1. In Good Company
Of all the movies I saw in December, my favorite was the one I saw on HBO. I was a huge fan of Paul Weitz's previous film, "About a Boy," and this movie had the same vibe. Selma Blair's never happy.