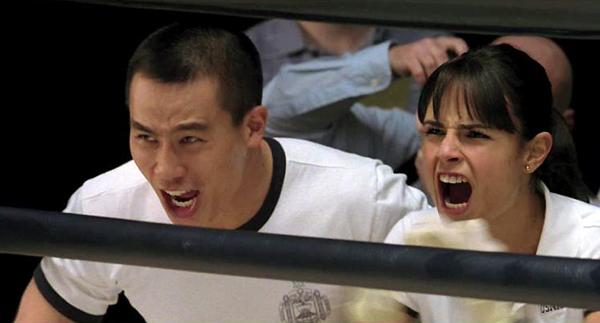 Look at Jordana Brewster, roaring like a lusty tigress.

While she is clearly terrifying Rog, I wish to tame that jungle cat.

Justin Lin, the guy who directed the critically acclaimed "Better Luck Tomorrow," is coming out with his second film "Annapolis" this Friday, January 27. One of the co-stars will be Rog aka Roger Fan.

Because he's a friend, I'm whoring out today's entry to promote his film. Rog suffered a lot for this project - he had to spend almost six months in the hell hole that is Philadelphia. And besides asking you to watch "Annapolis," I'm encouraging you to help promote this movie as well. So feel free to use any of the images here on your blog.

There's something in this movie for everyone. For the guys, it's a military movie about loyalty and comradery that features a lot of intense boxing action. For the lady viewers, it's a heartfelt story about love and commitment that features a lot of ripped men in sweaty boxing action. For the tree lovers, Annapolis is filled with beautiful foliage. For the nihilists, this movie is about nothing. 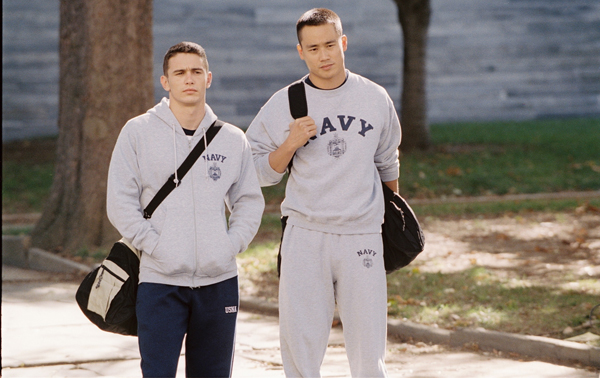 Rog plays Loo, a roommate of the main character Jake, who's played by James Franco.

James is clearly perturbed by the fact that he's significantly shorter than an Asian guy. 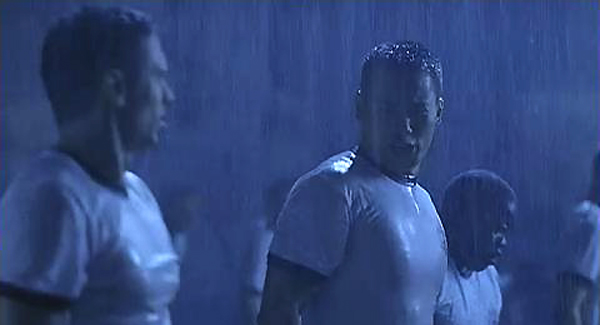 For the females, click here to watch this wet t-shirt scene from the film.