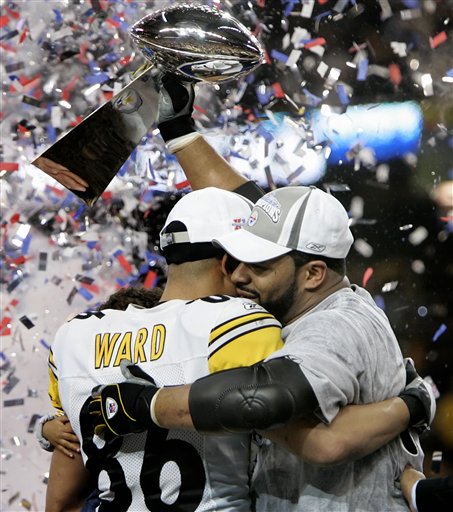 Girlfriend wins $200 (I was too superstitious to place a bet in Vegas).

The Bus retires in style.

After suffering for years as a Steelers fan, I finally see them win a Super Bowl in the most unlikeliest way possible. I'm talking after they got destroyed by Indianapolis halfway through the regular season, I wasn't sure they were even going to make the playoffs. And when they did make the playoffs, they were the bottom seed - meaning they had to play every team on the road.

As an ad man, I guess I should pick my favorite Super Bowl commercial. It was this Bud Light spot that actually never got to run because it was unfortunately banned. But, as you can see, it's the best spot nonetheless.