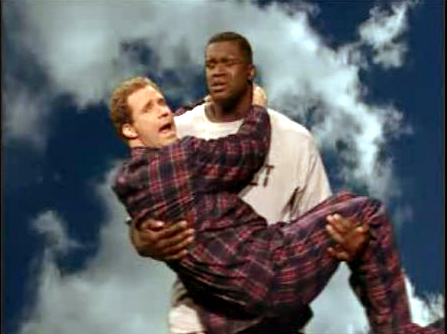 The guy sitting in the booth next to us during brunch was loud. Not obnoxiously loud, but enough so that I could hear him talk about beets for 30 minutes. Beets. For 30 minutes. When he first started talking about beets, I thought he was just trying to be funny. But after ten minutes, it became clear that something was not quite right about him. Some exerpts from his beets monologue:

"Beets are a miraculously perfect fruit." (I know, it's a vegetable. But maybe he's only seen them canned.)

"Even though beets are red, add beets to anything and it'll give it this soft, glorious pink color - I mean, really pleasing to both the eyes and mouth."

"There are enough beets in Montana to not only provide enough power for the state of California, but there'd be enough beets left over to provide anti-aging agents for everybody in Iowa."

Unlike him, the woman he was with didn't have a strong voice; so I couldn't tell if she was praising beets right along with him, or if she was begging him to shoot her in the face to end the agony. As we got up to leave, I could hear him switching to another topic:

"You've got a really good dictionary at your place. It's nearly as impressive as mine."