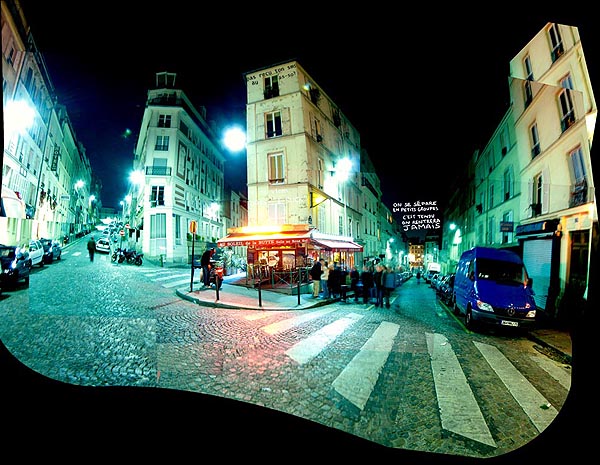 This guy takes nifty shots of Parisian nightlife. Be sure to click the "remix" icons next to the photos.

For the past couple of months, I've been out to San Gabriel Valley an unhealthy number of times. A couple of my Chinese friends who drive out there virtually every weekend from West LA for the sole purpose of eating have been bringing me and my girlfriend along to taste the wonders of the Orient. And by taste, I mean a yard-sized meal that almost tears the seams of my stomach, as well as the fabric of time and space. After dinner, we end up at a Tea Station where, as the name implies, we inject heroin between our toes and light firecrackers til noon.

As experts of Chinese cuisine in the Alhambra/Montery Park/San Gabriel area, my friends' favorite restaurants can be found within a couple of blocks of each other on a dense stretch of Valley Boulevard:


Dragon Mark
301 W Valley Blvd
Like me, my friends are huge fans of soup dumplings. But like a lot of Chinese people I know, they're not crazy about the most popular soup dumpling joint in LA, Din Tai Fung. Instead they head to Dragon Mark, which obviously isn't as popular because there's no wait for a table. I've only eaten at the Din Tai Fung in Shanghai, and that place was amazing; but I've heard the one here doesn't compare to the Din Tai Fungs in Asia. So I can't tell you which has the better soup dumplings. But if I were to rate Dragon Mark's, I'd give it a pretty fucking good. The braised beef noodle soup is also delicious; but don't make the mistake I did and order it with three plates of soup dumplings - if it's possible to get shitfaced from food, that was me after dinner here.

Little Sheep Cafe
227 W Valley Blvd
I have mixed feelings about hot pot. Many of my friends are crazy about it, but I don't know how crazy you can get about throwing plain, uncooked food into a pot of boiling water. If it weren't for the dipping sauces, I'd figure this is how refugees were forced to eat during long wars. Little Sheep Cafe is different. I'm assuming it's Mongolian, because they've got yurts painted on the mural, plus the warriors who occasionally show up on horses and shoot the Chinese customers with arrows. The pots here have two sides, with one side being spicy. Not white people spicy, but genuinely fricking hot. There are three levels of spiciness: the highest level will actually have the same effect on your face as staring directly into the Ark of the Covenant. There's a sizable menu of ingredients you can throw in the pot. So if you like hot pot, you'll love this place. And if you don't like hot pot, Little Sheep Cafe will actually convert you.

Lu Gi
539 W Valley Blvd
Lu Gi's is essentially the same as Little Sheep Cafe, except it's Taiwanese-style Sichuan hot pot. One of the differences is the spicy half of the hot pot has that Sichuan spice that actually makes your mouth numb and tingly. The first time I'd experienced this was when I had Ma Po Tofu in Beijing, and I thought the bastards were trying to poison me. I have a female Chinese friend who's addicted to this place. And I literally mean addicted. Why else would you repeatedly eat at a place that gives you molten magma shits the next morning? She claimed this happens to anybody who eats from the spicy side of the pot. I ate almost entirely from the spicy side, and the next morning I got two messages from her - one on my home phone and the other on my cell:

Beep. "Hi Ed, this is Danielle. Guess you're not home. Anyway ... I just called to see if you had diarrhea this morning. That's all. Alright bye."

Beep. "Eddd, it's Danielle. Just a reminder for you to let me know if you have diarrhea, you know, from Lu Gi's. So call me back when you do."

I never did get diarrhea, as I had an invincible stomach. Or at least it used to be invincible. A few weeks later I'd get sick from a stack of blueberry pancakes.