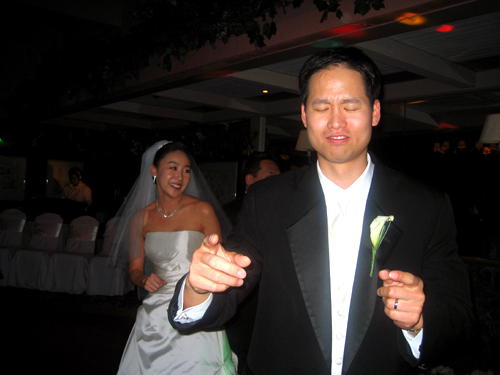 It's Tuesday and I'm officially past the "Best Friend Gets Married" milestone. All that's left now are "First Rectal Exam" milestone, "Angrily Shaking Fist At Kids" milestone, and "Paying Scientists To Upload My Soul Into Android" milestone.

After the wedding, people kept asking me all night if it felt strange that T was now married, and I replied it felt the same - except thanks to the open bar and rental tux, it felt significantly drunker and sweatier.

Granted, we had our glory days as partners-in-crime. That crazy year in college when we ran for school presidents as a prank, and somehow won. The Friday nights when we'd chug a cheap bottle of rancid whiskey in the car right before walking into the club. The Saturday nights when all of our friends would automatically show up at our place at 7:30. The hundreds of thousands of hours of female advice I'd give him ... which he'd promptly ignore. Our ridiculous, ridiculous trips out to Asia. The attack of the bottle-opening vaginas. The curse of the Balinese intercourse-prevention statue. The Harvard head-shaving bet. The wedding bet. And, well, the stories go on and on.

But T and I have lived on separate continents for several years now, and unless he moves back to the States, we'll continue living on opposite sides of the planet. Besides, once you pass your late twenties, your non-single friends act as if they're married anyway. Hell, even a lot of your single friends act like they're married with their early bedtimes, Netflix weekends, pinot noirs, and lively banter about real estate.

So no, it didn't feel strange at all that T got married. What will feel strange is when T and Christina have their first child. I just hope there's an open bar. 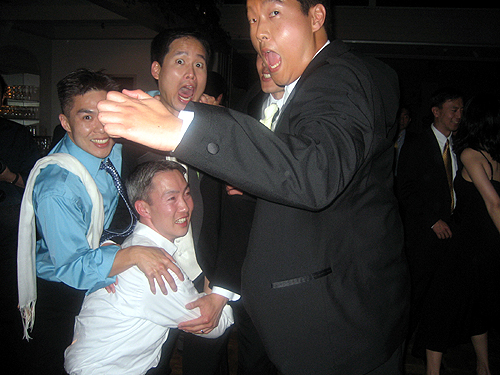 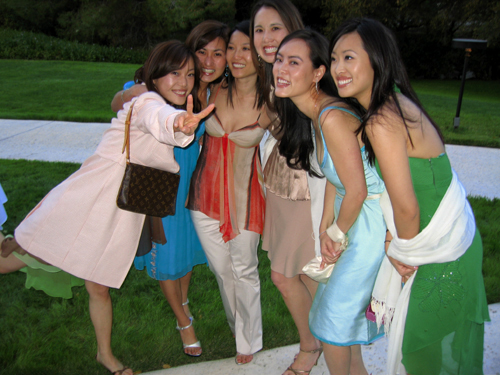 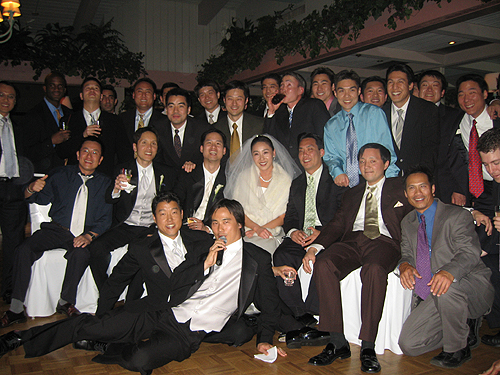