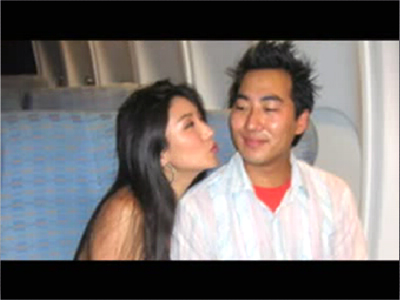 isogen). It was a finalist in a competition where you had to create a movie in 72 hours. Annie's an actress, but I was surprised to find out Daniel was in it as he is not an actor. That is, until I saw his dance skills. Now he may insist that he works in the mobile content industry; but seriously, wait 'til the end credits - the boy has lethal moves. Click here to see it.

Speaking of dancing, I was having lunch with several male coworkers when somehow three of the four of us sheepishly admitted to watching "So You Think You Can Dance." I don't know what's worse, admitting to that or that you habitually drug and rape cats. Once we got over our initial feeling of shame, we started talking about the show and discovered that all of us had been introduced to it via our girlfriends or wives before becoming hooked ourselves.

"I've never heard of this show," said the one single male.

And we all looked at him with disgust. The guy might as well have been a cat rapist.