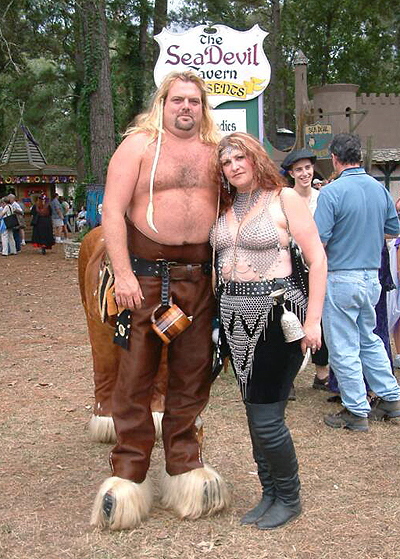 This photo only makes sense when you read this entry. Or maybe not - I just looking for an excuse to post it today.

I had the great fortune of working with a hardcore Trekkie. And by hardcore, I mean the guy could actually carry a conversation in Klingon. While we were never friends, he was nevertheless able to open my eyes to a world that I wouldn't have seen otherwise, although there were times when I wanted to set my eyes on fire with napalm.

Take, for instance, a Halloween party many years ago. Every department in the agency was supposed to compete against each other to see who'd come with the best decoration theme. Ours was Rick James' House of Freaky Shit - at least two years before Dave Chappelle's episode.

Our lobby was transformed into a drug den, and somehow my office was selected to be the sex dungeon. The Trekkie volunteered to not only decorate the sex dungeon, but also offered his friends as "participants." This startled us, because at the time, nobody really thought of Trekkies as being anything other than, well, Trekkies. I figured as wild as they got with sex - if any of them got laid at all - was wearing Vulcan ears during the deed. Little did I know ...

On Halloween, the Trekkie didn't show up, but a small group of his friends did. This included his girlfriend, who wore a trenchcoat, and his leather chaps-wearing brother, who was carrying a giant bag. I took them into my office, which had already been completely covered with black sheets of plastic. Thank God for that, because they were able to shield my vulnerable office furniture from the contents of that bag: dozens of sex toys. Vibrators, ass plugs, a dildo shaped like a rattlesnake, and things that looked like undeveloped reptile fetuses. All most likely used by the Trekkie and his friends. But that wasn't the worst part.

The Trekkie's girlfriend removed her trenchcoat, and she was unfortunately wearing very revealing lingerie. That was when I witnessed the most body hair I've ever seen on any human being, female or male. Armpits, legs, pubes - the woman had more hair than fucking Sasquatch. There was enough fur to make capes for an army of pimps. My first instinct was to turn and run as fast I could, because this person was obviously some sort of werewolf. But these creatures can easily outrun any human, so I played it cool and tried not to show fear.

That's when I made a mental connection of sorts. The Trekkie's desk was not only covered with typical Star Trek memorabilia, but also photos of wild animals like bears and cougars. I realized then that maybe it was less about him being fascinated with furry forest creatures and more about him wanting to fuck a mountain lion. Hence his choice in women.

I also thought about the previous Halloweens, when the Trekkie would show up in these really elaborate animal costumes. One time it was a bat, complete with body suit and realistic bat wings. Another time, it was as a black cat. Both costumes had huge animal heads that you'd see on theme park mascots, complete with mini fans built inside to keep the head cool. I began to suspect his costumes had nothing to do with Halloween, and I was right. A coworker emailed me a Vanity Fair article about "furries" that confirmed this.

Back to my office-turned-sex dungeon. I left as soon as I could, but not before having to see the Trekkie's brother start rubbing ice cubes on the bottom of the she-Yeti's feet - probably the only spot on her body without hair.

At the time I thought the Trekkie and his band of freaks were a unique group; but after that Halloween, I'd learn that was not the case. When I watched a Margaret Cho movie, "Notorious CHO," she made the observation that Trekkies were into S&M and Renaissance Faires (hence the photo above). Then I read an article last year about Toronto Police Service's Sex Crimes Unit discovering that all but one of the offenders they'd arrested in the past four years was a "hard-core Trekkie."

The Trekkie had left the agency before that article was written. And it wasn't because he was fleeing police. No, a more likely reason is that he, his girlfriend, his leather chaps-wearing brother, and the rest moved to a remote wilderness, where they could speak Klingon, play with snake dildoes, and mate with bears without being persecuted by society.