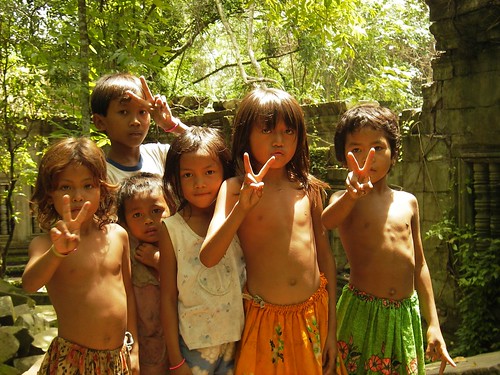 My friends think I travel a lot. Not the kind of travel that involves client meetings, expensed meals, and writing work emails in your hotel room; but the kind that involves multiple insect bites, millenium-aged temples, and meat dishes with the head and feet still attached. But every time I go on a trip, I always come across people who travel a lot. People who take off for months, a year or even longer - many on a regular basis.

For them, traveling is more than a vacation, it's an end in itself. Not only do I understand it, I've found myself slowly wanting the same thing. Recently I've been strongly considering spending either part or all of next year traveling.

I was talking to this girl at a house party, who'd been pretty much everywhere, from Tanzania to Tunisia. She even took a couple of years off to just hang out in Paris before entering law school.

"I thought that if I traveled enough, I'd get it out of my system," she said. "But it never goes away. I still have the travel bug."

For a split second, this kinda bummed me out - as if I realized that I was stuck with some sort of addiction. When I'm not traveling, I'm constantly thinking about traveling. It's also fucking expensive. But it's not really an addiction. Unlike addicts who need a constant fix, I don't feed my habit nearly enough. And if I were to run out of money, it's not as if I'd sell all my shit or start turning tricks to pay for a two-month trek through Scandinavia. I would consider punching elderly women though and taking their purses for, say, a week in Turkey or New Zealand.

Luckily my trip to Toronto this weekend didn't require any grandmother beatdowns.