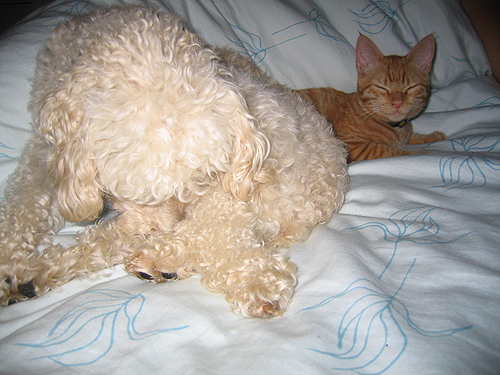 My kid sister had to crash at my place for the night while her apartment got fumigated for termites. This meant her pets were sleeping over as well. I was perfectly fine with this as neither of them shat or pissed on my floor, like some of my friends do. The kitten on the right, Bean, was a scrawny, wobbly stray when my sister found him. And now he's a healthy little bastard, but still hasn't shaken the annoying cat habit of hiding under things. Aside from that, he follows my sister's dog around everywhere, sleeps wherever he sleeps, and basically mimicks whatever he does. As cute as he is, though, my guess is like all orange cats, Bean will grow up to be a cold-blooded killer, like Jeff of "What Jeff Killed" fame.

My mom taught me to hate crows. Hitchcock taught me to fear them. One time at my parents' house, I walked outside to water the plants and found a murder of crows surrounding me in a menacing manner, making the most guttural caws. I initially assumed they were trying to recruit me to join Satan's army or mocking my flannel shirt. But it turned out that one of their chicks had fallen out of its nest, and they were trying to protect it from Korean Kurt Cobain. That's when I felt bad for crows having such a bad rep. Now, I don't mind them at all. That is, until I saw this video. They are getting smarter. Too smart. I think they just passed monkeys and are second to only robots as future rulers of the Earth. Now I hate and fear them again. 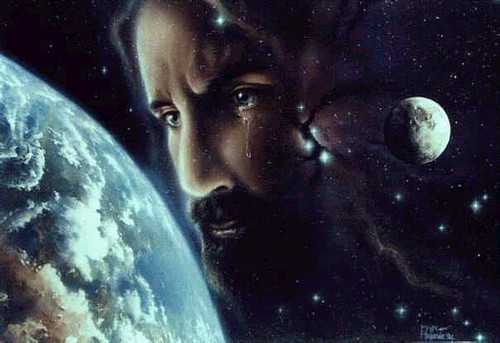 The last animal in this entry is probably the only animal that makes God weep. Humans. Here's a link to the Wiki for the CL Experiment (NSFW). If you haven't heard of it yet, a Livejournaler posing as a submissive female placed a hardcore "Casual Encounters" ad in Seattle's Craiglist, complete with spreading asscheeks photo. He then published the emails, IMs, photos and phone numbers of every single guy who responded for all to see. In a strange twist, one of the guys who got his photos and email publicly posted was the husband of the moderator of an LJ community who'd banned the prankster.