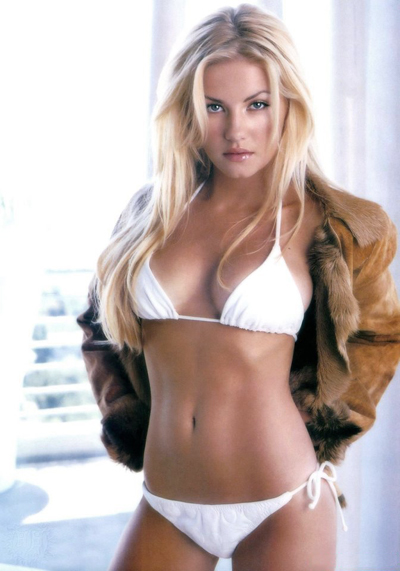 Be you man, woman or child, I've learned that close proximity to these girl's breasts will immediately end up with your getting killed or seriously maimed.

I’d heard the stories. Of men and women going on binges for hours or even days. Holing themselves up in their homes until dawn, lying motionless in the darkness, unable to muster the willpower to stop. I’d been warned that the same fate would await me if I were to try it too. And late last week, I finally did.

A little less than two days later, my girlfriend and I had finished the first season of “24.”

I don’t know if it’s because of my anti-Kiefer bias (I blame “Young Guns,” "Flatliners," "Three Musketeers" ... hell, basically every movie he co-starred in) or suspicion of any televised product from Fox that’s longer than 30 minutes, but I’d never watched “24” until now. Even after years of friends, acquaintances, coworkers, and talking pigs telling me how “awesome,” “totally awesome,” and “awesomely awesome” the show was, I wouldn't budge.

I’m already watching “Lost” and “Battlestar Galactica,” I’d tell them. I don’t have the time or patience for another one-hour show when I could be in front of my computer looking at videos of shirtless Turkish men, or checking to see how many people have looked at my Flickr photo of Japanese S&M action figures.

Then I’d have to hear the angry replies that “24” was “waaay better” than either of the two shows. According to them, “24” was better than the Mona Lisa, oral sex, and electricity COMBINED. Even my Netflix kept pushing “24” on me in the “Other Movies You Might Enjoy” section. But being the stubborn Korean bastard that I am, these claims made me even more determined to not watch the show.

Finally, some time after the fourth season, which many raved as being the best season in the history of television, my anti-Kiefer wall began to crumble a little. And over a year later, my girlfriend brought over her brother-in-law’s boxed DVD sets of Seasons 1 through 4.

We decided to wait til the holidays to start, because we figured – as many have warned us – that we’d probably keep watching the episodes virtually nonstop. And that we did. Despite my girlfriend constantly turning to me, rolling her eyes, and muttering, “OhMyGod, I hope she dies this time,” every time Elisha Cuthbert’s character was onscreen.

Other than Elisha, there’s a bevy of annoying characters on the show designed to create a deluge of plot twists via a never-ending string of insanely stupid decisions. The human race would be extinct several centuries ago if the Earth was populated with the show’s characters. So understandably, as we were nearing the end of the first season, my girlfriend angrily announced that she had no intention of watching the rest of the seasons.

As of tonight, we’re almost done with Season 2.