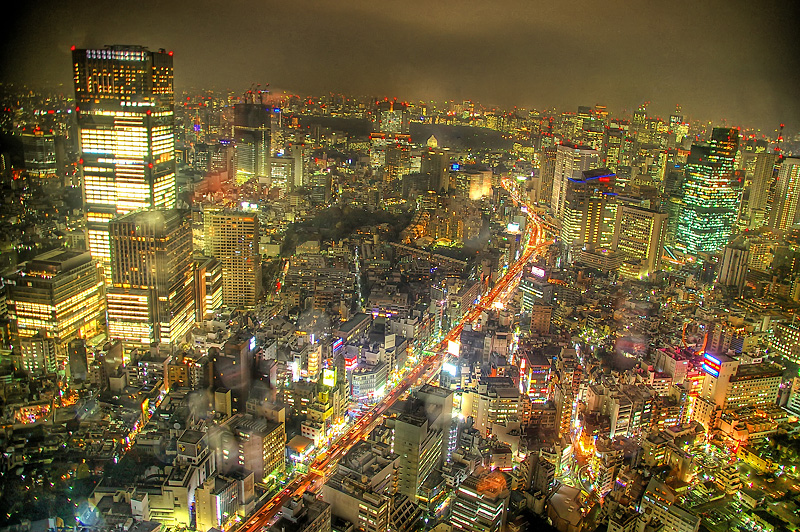 The coolest thing I saw on the Internet yesterday: an HDR photo of Tokyo taken by Altus.


Grabbed some sake with T at a bar tonight, when he told me what had happened to this poor guy he knew in China. I'd already heard the story a couple of months ago from another friend, but never got the gory details.

What I did know was that the man was walking down a sidewalk in Beijing when he stepped on a manhole cover. The cover was poorly fitted - no big surprise as this is China. So when he put his foot there, the cover fell and his entire leg suddenly plunged into the manhole with the other leg still on the sidewalk. As a result he somehow crushed his genitals, Benny Hill-style.

What I didn't know was that the impact had broken his dick - specifically, his urethra. But he didn't know this. Just figured it was your typical groin shot that one would see in an online video. So although he was in extreme pain, after several minutes of weeping and groaning, he gingerly went to the lounge where he was supposed to meet a colleague for drinks.

After a couple of beers, he went to the bathroom to pee. But nothing could come out. This inability to urinate puzzled him. When he got home, he described his accident to his worried wife, who took a look at his crotch. It was then they saw to their horror that it had swollen to the size of a baseball. They immediately went to the hospital.

The guy's had several surgeries already and has had to piss out of a tube, thanks to his badly mangled dick, which still hasn't fully healed. So the lesson is this: never EVER step on a manhole cover in China, and always fortify your genitals with an impenetrable metal alloy armor.