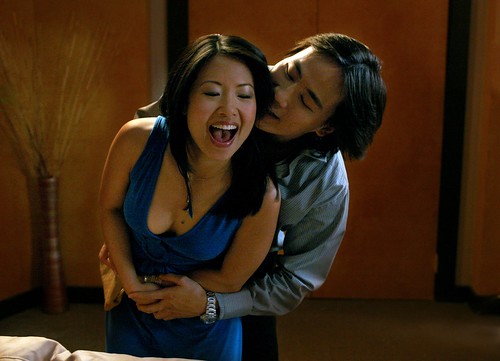 
If there's one thing Geney Boy has always loved to do, it's talk about relationships, dating, and women. He also enjoys boasting about how many different species of North American birds he can fit inside his rectum at the same time, but thankfully he didn't make a movie about this. Instead he wrote, produced, and directed "The Trouble With Romance."

The romantic comedy deals with love, and how badly people want it - even if it means having to deal with all kinds of crazy shit. The "crazy shit", of course, is romance. It also means that there will be some really shocking and perverted scenes, because Geney Boy is a sick bastard. I'm talking homeless amputees fornicating with sexy robots while riding Greek chariots pulled by leopards. Gene, if you're reading this, it's not too late for you to shoot this scene and edit it in. It's cinematic gold.

As you can see in the pic above, two of the film's stars are Rog and Emily, who also produced the film. While neither will be playing a homeless amputee or a leopard, I'm nevertheless excited about finally seeing the two together on screen. I haven't seen the film so I don't know if I'll get to see Emily naked - neither Emily nor Geney Boy will tell me. How rude! As for Rog, based on the last film those two did together, I fear the worst.

BAY AREA PEOPLE!
You guys get to see this movie first. "The Trouble With Romance" will be playing in two film festivals in March.


Cinequest Film Festival
Tickets for this festival are on sale now at cinequest.org. 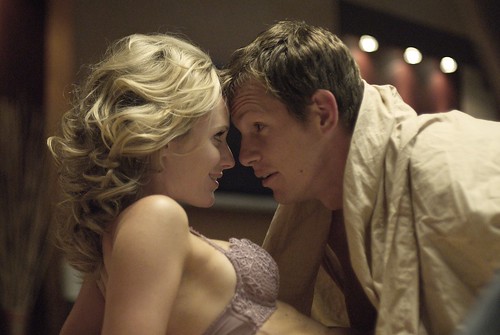 One interesting bit for the San Fran audience: "The Trouble With Romance" also stars Jennifer Siebel, who's the girlfriend of Gavin Newsom (click for video) - the mayor of SF and, after getting publicly nailed for nailing his best friend's wife, the mayor of Asshole-ville. That's Jennifer above in a scene with Kip Pardue. I am very impressed with that hair. It looks very complex.