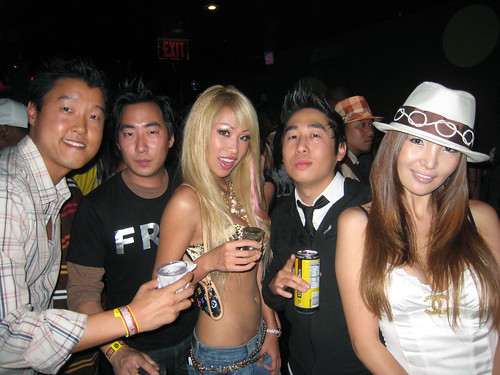 As we were driving to my girlfriend's cousin's home today, I came to the realization that it was July 1 and this year was half-finished. And it's been an interesting six months for me. I became an uncle for the first time, performed a wedding ceremony while donning Nordic headgear, almost got killed by a steak in Buenos Aires, spent a warm afternoon with 600,000 penguins, cramponed on top of a glacier, got promoted, partied with a Portuguese-Canadian lady in Vegas, and just got started on a very bizarre project with MTV.

I don't expect the next six months to come anywhere close to being as interesting, but it could be possible if I can get Geffen officially signed onto our agency as a client. It'd certainly make my workweek significantly more amusing than car advertising. Take these pics from last week, for instance. They're from the BET Awards afterparty, which turned an entire Hollywood block into a street carnival, and from the iPhone launch at the Apple store in the Grove. The iPhone thing was virtually a last-minute video idea request from Daniel for Macy Gray, who was prominently featured in the iPhone campaign for some reason. 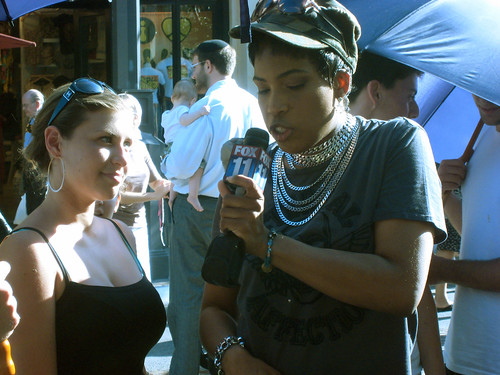 Tried to get Macy Gray to wear the same black feathers she wore on the album cover, but she went with this instead. And it might've turned out to be a good thing. It was just a few degrees cooler than the earth's core inside the Grove. If she'd worn the feathers, Macy would've converted into liquid. 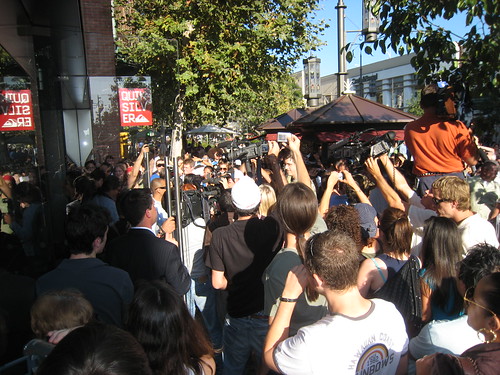 All hell broke loose once the doors opened. Steve Jobs really knows how to bedazzle the masses with his sorcery. I strongly considered getting an iPhone, but that AT&T handcuff is a deal breaker for me. As much as I hate 'em, Verizon's got the best wireless coverage in SoCal. My beat-up LG will never bring sexy back, but it will give me two bars in the basement of a mall. 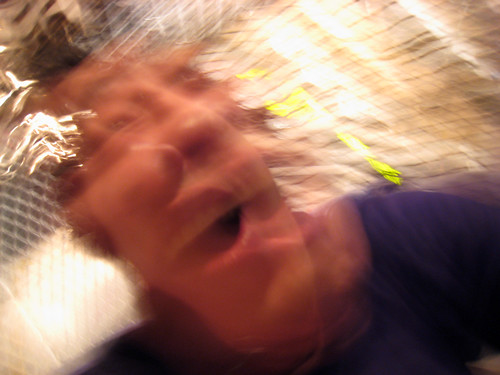 Back to the BET party: as they'd gone with a carnival theme, they had several rides. This is what one of them was like after four vodkas. I may never go to an amusement park sober again. 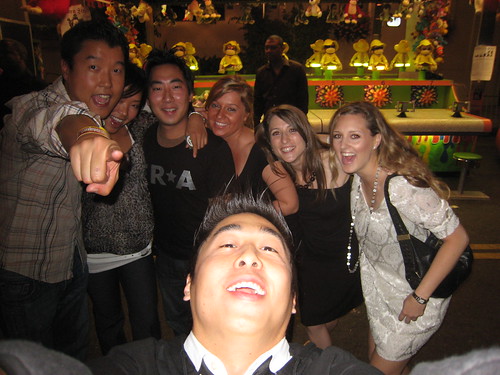 This group pic was acrobatically taken by another guy named Daniel. Like Daniel, he's Korean, about the same height, and wore FR*A gear. The easiest way to tell them apart was that Daniel had clean nostrils. 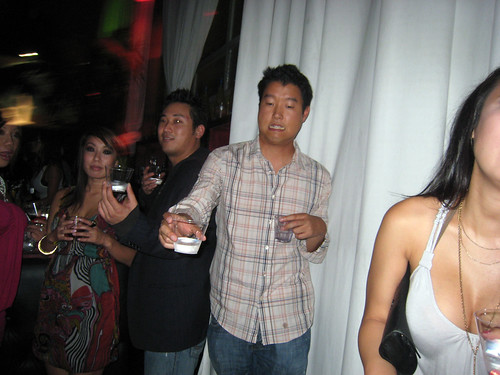 Nobody's Tuesday should end with a Corzo shot.