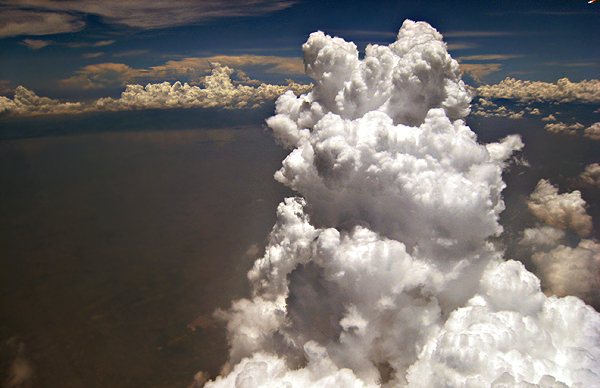 Will eventually get around to posting trip pics. In the mean time, here's another cloud photo. I like clouds, said the zombie boy.


Spent a couple of days in San Diego for work.

Every time I venture down here, I never make it past the utopian suburbs where my friends live. So it'd been a while since I'd seen downtown Whale's Vagina. And the city doesn't feel like a real city at all. The weather is utterly perfect, even compared to LA. Not a visible trace of grit. The old, historic buildings look freshly painted, immaculately restored, and completely fake. When you look at the buildings across from the convention center, it feels as if you're inside a giant theme park. You half-expect the occasional wandering wino to be an employee hired by the city to add colorful edginess.

It's always amusing listening to east coast people after a small earthquake shakes LA. Even after living here for years, they still get excited by a magnitude-4.5. Anything over a five, though, and then the amusement factor dissipates as they turn into a hysterical, sobbing messes frantically searching online for same-day flights back to New York. The women are even worse.

The fricking jet lag still lingered through this morning, waking my ass up at dawn. Damn you, aging process!