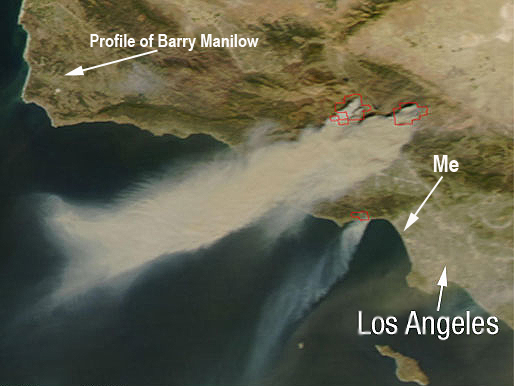 My kid sister called me this afternoon. The wildfires were approaching her apartment, and she was told that she might have to evacuate. She was loading her possessions into her car and asked me what else she should pack. Other than her pets, photos, computer, mementos, and personal records, I really couldn't think of much else. Luckily the firefighters were able to stop the blaze before it became a threat. At least for today.

I wondered what I'd take with me if I were in a similar situation, and I realized I'd probably pack even less than her. Gandhi once said that the less possessions you have, the more free you are. Yet I don't feel free at all.