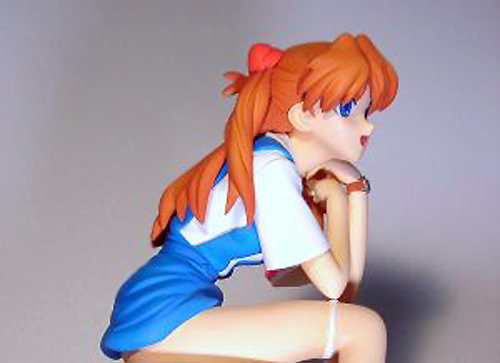 This Japanese anime figurine singlehandedly shattered my WTF quota for the year. Wow. Click here to see it in all of its NSFW glory @ the always fascinating DannyChoo.com.


Had dinner with some old friends in a neighborhood called Lomita. Most of us didn't even know Lomita existed. We ate at a Japanese restaurant called Gaja, which specializes in a dish called okonomiyaki. Most of us didn't even know okonomiyaki existed. Which is too bad, because it's fricking delicious, and I wish I'd known about it sooner - but it's a lot of work to make. They've got a big griddle in the middle of the table, which means you make it yourself. And if at least one person in your group doesn't have okonomiyaki experience, you will probably fuck it up and it will end up looking like fried roadkill.

When I mentioned that these were my old friends, I meant that they were part of the infamous Wedding Bet. Before dinner, one of them announced that he was engaged. This was the guy I'd picked to get married first. The one who did get married first showed up to the dinner seven-months pregnant. Needless to say, I was surprised. I guess it's been a while since I'd seen the woman.