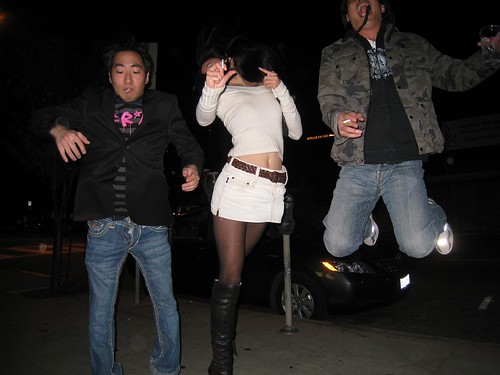 Pics in this entry were taken by Paul and Sol.

Been going to Bleu a lot lately. It's turned into my neighborhood bar, even though I no longer live in the neighborhood. In fact I've been going there more frequently now than when I used to live a few blocks away. I suppose I miss my old home more than I thought. It's reached the point where if my life was an awful CBS sitcom, every episode would have an opening scene here, with me, Paul, Rog, etc. sitting at a table, talking about neti pots or labor contractions.

It's a strange bar. Probably the only one I know of in all of LA where it's legal to smoke indoors. I don't smoke. It's a karaoke joint. I'm a godawful singer. But it's the only establishment on Sawtelle that serves real alcohol, and I don't drink beer or wine.

These pics are from a recent get-together at Bleu organized by Heid when Paul and I got back from Singapore. It appears that we only hang out outside the bar. 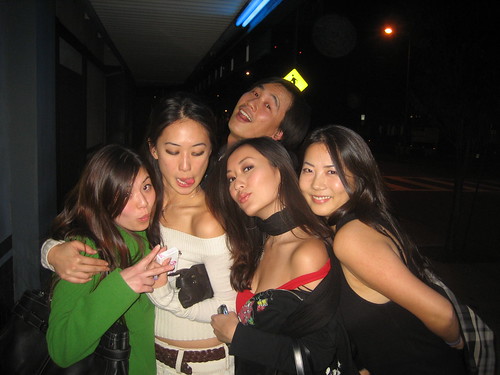 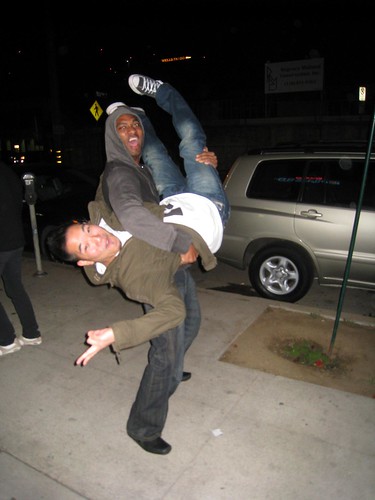 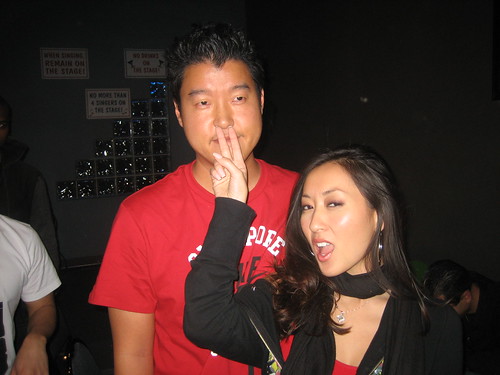 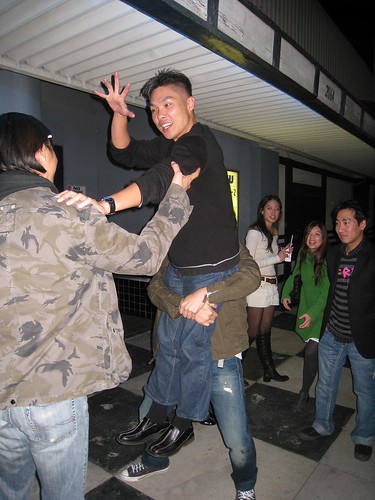 This photo elicits much mirth. Paul and Art realized that by combining their powers to form a dinosaur, they could defeat Rog.