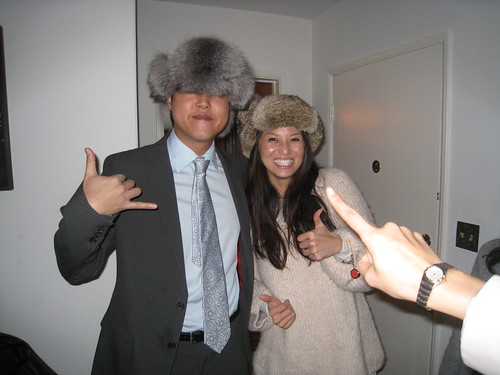 
Back when I was visiting Mongolia, I purchased this ridiculous hat. It never occurred to me that LA's mostly warm weather combined with public humiliation would give me very few opportunities to wear it. I thought about wearing the furry beast for Halloween, but it was too hot to wear indoors. And so it sat for months on my dresser, unused.

But as December 31 approached, I noticed that LA was actually getting pretty cold at night - dipping into 40's and even 30's. Plus most of the New Year's Eve party was taking place outside in a courtyard. As for public humiliation: if you've read this blog regularly, you know that this is clearly not an issue with me. So I finally found the one night I could wear the damn Mongolian hat.

I did have a scare, though. As I walked into my friend's New Year's Eve pre-party, I noticed to my horror that a woman was wearing a similar furry hat. My heart sank as I realized that cruel fate had decided to steal my thunder. But it turned out that fate was merely fucking with me - the woman was headed to another party.

And so I finally got to wear the Genghis Khan hat for one enchanted evening. From the photos, I suppose I got my tögrög's worth. 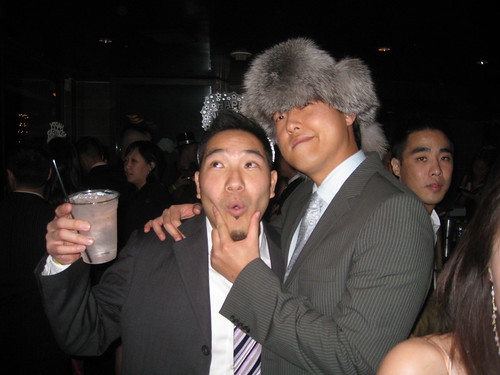 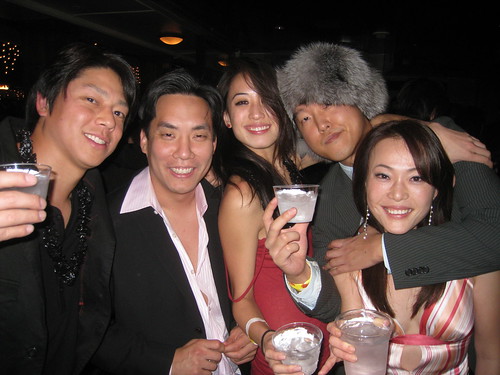 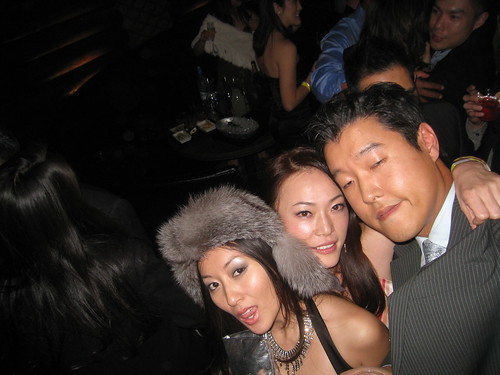 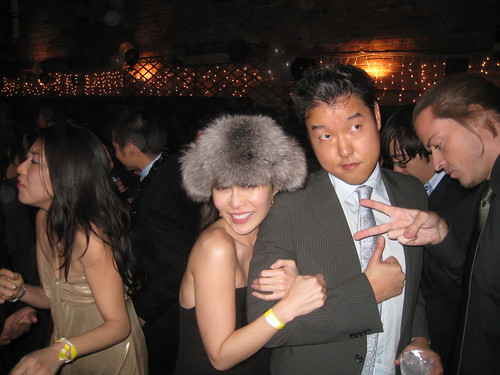 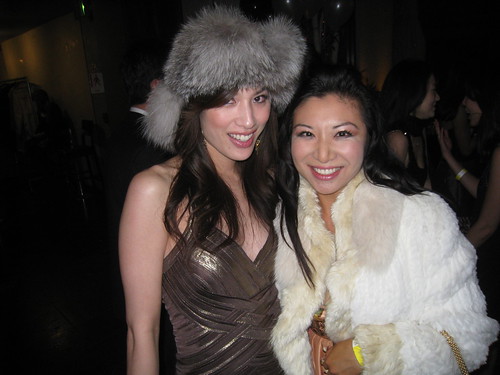 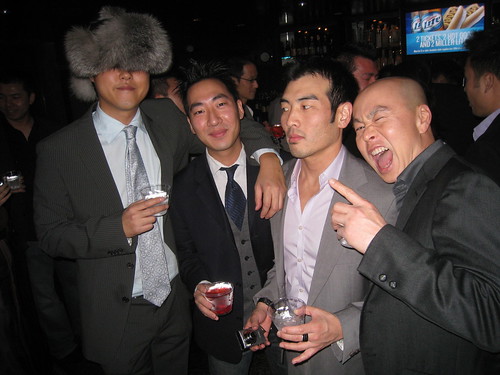