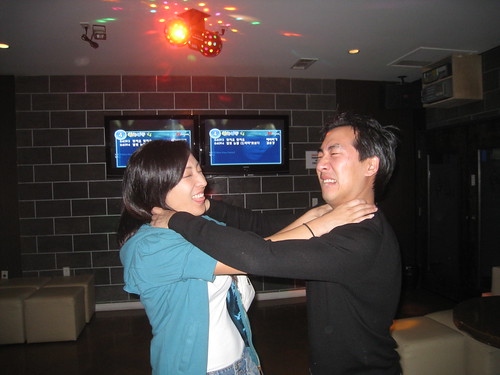 
Saturday was a pretty busy day as far as my Saturdays normally go. I drove all the way to Anaheim for a Career Day event sponsored by The Korean Herald, where I told an audience of Korean high school kids and their parents why advertising doesn't suck.

If these kids' parents were anything like mine, I'm surprised I wasn't carried outside and pelted with stones by a mob of angry ahjussis and ahjummas for threatening to keep their younglings away from a career in orthopedic surgery. But that's probably because I didn't do a convincing job of selling them on the ad biz:


DANIEL THE MODERATOR: What's the average salary in your industry?

ME: Oh ... about fifteen million dollars.


After driving all the way back to the Westside, I had to hop back in the car a few hours later and head to K-Town for some BCD. Then it was off to Pasadena for an Art Center party. When that was over, we went back to K-Town for Daniel and Lara's birthday.

Daniel and Lara are twins, but unlike most twins, they don't dress alike and never formed a banjo-playing vaudeville duo. Lara's older by several minutes, which makes it fortunate for Daniel that they weren't hyenas. Otherwise, Lara would've instinctively clamped down on his throat. Instead, Lara allowed Daniel to live, and - many years later - they'd be celebrating their birthday in quite possibly the largest fricking noraebang room I've ever seen. 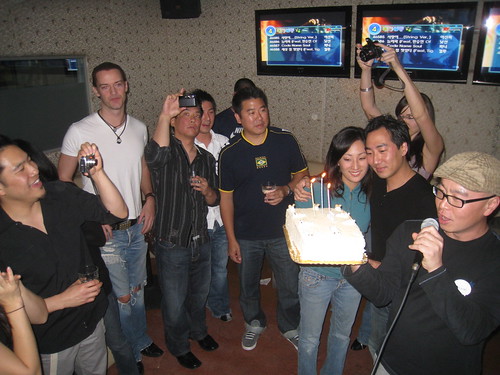 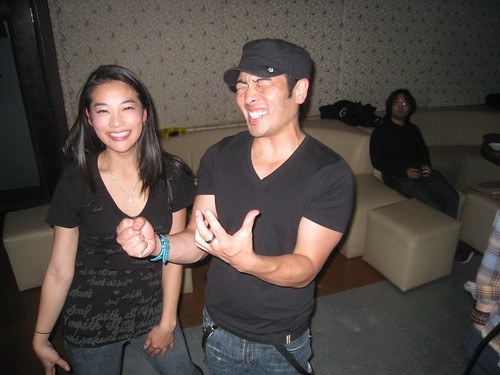 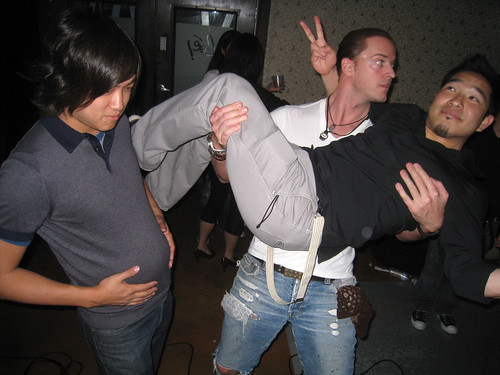 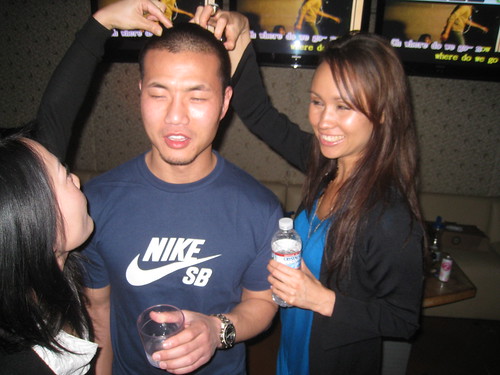