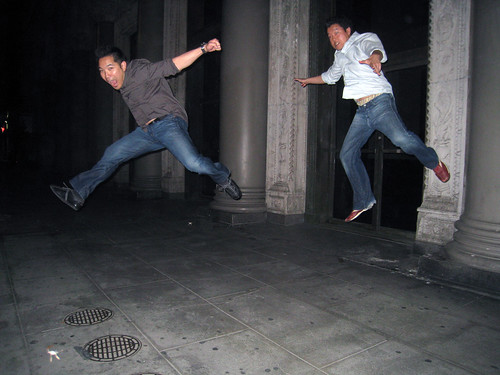 I guess it's been awhile since we'd done a jumping pic. The human urine on the sidewalk made it an added challenge.


It used to be that LA downtown would turn into a ghost town after all the office buildings emptied out. The streets would be completely devoid of life except for vomiting homeless people. But then came all the luxury lofts, followed by trendy restaurants and bars, and massive construction projects around the Staples Center area. And now downtown's actually a pretty cool place ... except now drunk hipsters have joined in on the vomiting. And as a result, it's become one of a handful of places in Southern California, where you can spend an entire evening actually using only your legs to get from one place to another. 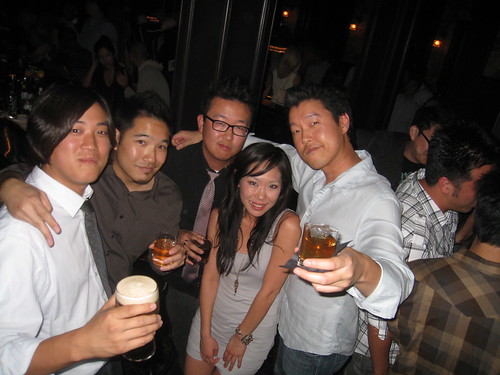 One Saturday night, for instance, we grabbed dinner at the new Italian restaurant called Bottega Louie. After bloating ourselves with portobello mushroom fries, burrata & grape tomatoes, and Kurobuta pork chops, we walked across the street to a whiskey and scotch bar called Seven Grand for our friend's birthday. 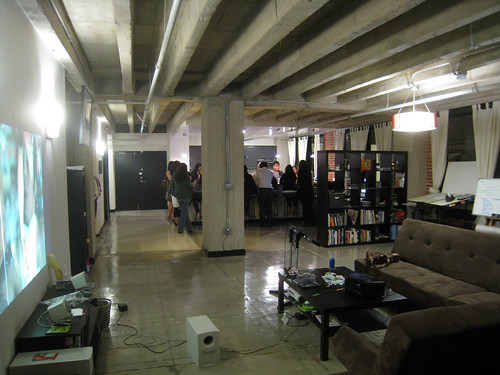 Afterward, we walked a couple of blocks to the Daniels' nifty new loft, which also doubles as the office for their agency FRA. I think 60% of Ikea's revenue comes from their Expedit bookcase. 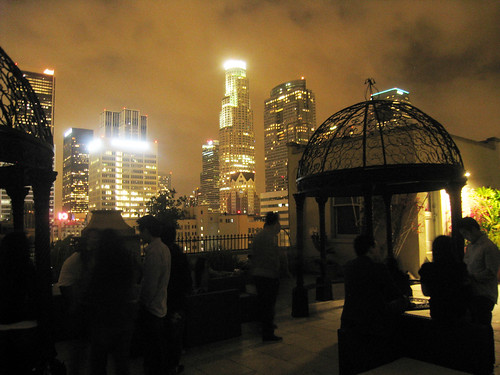 Later, everybody headed up to the roof, which had these very romantic bronze gazebos. I didn't realize these things existed outside of musical movies that take place in pre-WWII Austria. 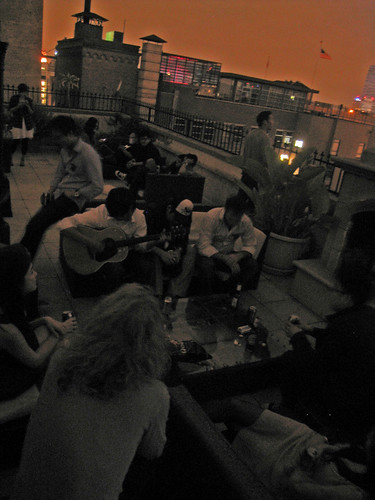 That's Bobby on the guitar. He's looking for love in all the wrong places.